How Titan Academy implemented a scalable data analytics platform that allowed them to double their conversion rate, triple their email CTR, and increase their month-over-month revenue by more than 50% in less than five months. 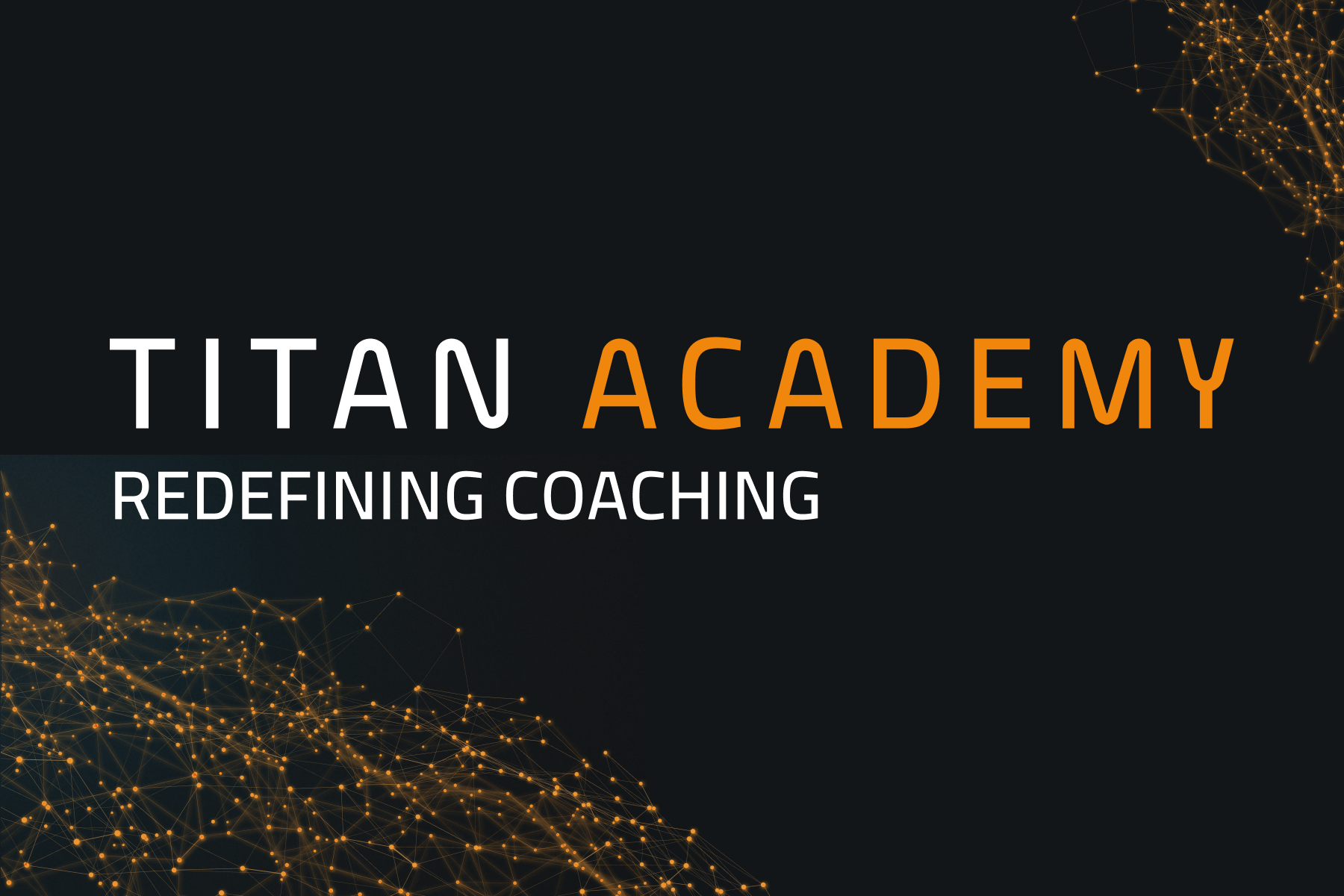 For some, playing video games is no longer just a hobby. With the emergence of e-sports, Twitch, and the overall professionalization of the gamer industry, there came a need for players to understand their performance and how to optimize it. Enter gamer analytics. But what about the people who still play video games for fun and also want to improve their performance? Who caters to their needs? That’s where Titan Academy comes in.

The London-based startup developed an automated browser-based coaching platform for gamers. They’re focused solely on racing games at the moment, but have a pipeline full of new categories coming soon. This gamer analytics software pulls data from the user’s PC or console, analyzes it in the cloud, and provides the player with insights on what to improve. Due to their business model, Titan Academy was gathering copious amounts of real-time data every day — and that’s when things started to get complicated.

Founded by Max Teichert, a former professional gamer, Titan Academy is made up of a very technical team. Considering the amount of big data they have to process to provide their users with the insights they need, the first thing the team set out to do was build a raw product data pipeline with AWS. Company analytics then became an afterthought, as is the case for most startups when they begin their journey.

Soon enough, they realized there was a huge disconnect between the knowledge they were collecting about their customers’ video game performance versus their use of the Titan Academy platform.

“The thing is, we really have billions of rows of raw data — data that we needed to use to understand our customers’ behavior. But we were no longer able to process that to drive commercial actions, like an email discount or an email reminder for someone that has been inactive for too long,” says Max.

In order to solve this, the team tried to hack together “very scrappy scripts”, as Max puts it, to collect customer data from different sources. A combination of Google Sheets with Google Data Studio was put in place to achieve this. They quickly realized, however, that they didn’t have the capacity to continue working like this, and that this setup wasn’t scalable — a huge issue for a company working with so much data on the daily.

“When it comes to user data, we basically have the data equivalent to a 500-person company, so realizing this was a turning point for us. We faced the reality that we couldn’t use all the usual startup tools anymore,” explains Max. This meant that tools like Zapier, Google Sheets, and even Panoply, which do the job for other organizations, were then out of the question for Titan Academy. The desperate need for a data tool that would scale with them as they grew, intensified.

In the search for an alternative to Panoply, which they started to use alongside their existing non-scalable data analytics solution (Google Sheets + Google Data Studio), Max asked his network for advice. An acquaintance of Max who happens to be a partner at La Famiglia VC, a known investor of Y42, redirected him to the Berlin-based data platform startup. Choosing Y42 was pretty straightforward for Max once he had reached out to the team.

“Y42’s proposition was crystal clear to me. I could actually visualize it, which I couldn’t do with any other data platform to be honest. Like, I could very much see how our emails and our product data sitting here and there could actually be connected in a single place, and that was just step one,” explains Max.

But the key factor that sold Y42 to Titan Academy was not having to worry about scalability.

"I think that Y42 running on BigQuery is awesome because I know that, even if our data grows 10x in the next five months, Y42 will be able to handle it. Knowing for a fact that there won’t be any issues with our data performance-wise is extremely reassuring."

“And that’s also why we’re willing to invest money, resources, and time into Y42 — because we know we can still use it in two years’ time,” he affirms.

Once the choice was made, rolling out the tool was a very smooth process: “The onboarding was super professional and slick, one of the best SaaS onboardings I think I’ve ever experienced,” says Max. “Considering the ratio of inputs or learning complexity to outputs, it was crazy good. And the product itself is kind of a no-brainer once you’re in it.”

So much so that it only took him half an hour to build his first report, from integration and modeling all the way to visualization. “I think if you’ve actually used any sort of startup automation stack ever, then Y42 becomes extremely self-explanatory,” he says.

With the basics down, Max and his business intern were able to start building their first real-time reports without having to do any manual imports. They could then automatically export them to Data Studio. Before using Y42, certain data would need to be updated manually once a week. As new data sources get integrated with Y42, that problem sort of solves itself, leaving the team with, in Max’s words, “robust reporting that doesn’t break Google Data Studio”.

But the very first use case they implemented was understanding the behavior of the customers that signed up the previous day. They wanted to know how many people had signed up, how many of them had started actually using the product and recording their gaming sessions, and what channels they had come through — basically, they wanted to create an overview of what had happened the day before and who their customers were.

Another project Titan Academy has rolled out with Y42 is minimum viable tests. When they want to add a new feature to the core product, they first use a “hacky email version” and automate it via Y42. For example, one of their tests has been pulling game data to understand how many sessions are recorded per user, per week. After the model is complete, a MailChimp email is triggered that summarizes for the user what they have done during the week.

In addition, output analytics is one of the biggest Y42 use cases for Titan Academy: “We want to be able to see that, for example, Customer A signed up on X-day, they came in via Google Search, they’ve recorded X sessions, then they started paying, and because of X, they get a discount code, etc. That alone is like five different data sources. Having visibility over the entire customer journey, connecting that entire chain of events… that’s one of the main reasons we love Y42.”

But mapping out their user journey data is not the only purpose Titan Academy has found for Y42. Content marketing has become their main acquisition channel, so modeling and visualizing their Google Analytics data has been crucial for them. Paid marketing and financial reports have also been made possible with Y42, while projects in progress include building a marketing attribution model and assessing lead quality.

Titan Academy has also been able to optimize and save significant costs thanks to its reporting.

According to Max, they are now able to run weekly marketing and tech-spend optimization, as well as funnel reviews. They’ve seen their revenue increase by more than 50% month over month since they started using Y42 in December 2021, and their tech spend has decreased due to not having to hire a data engineer (using Y42 has taken care of the data engineering work for them). This has saved Titan Academyaround £71,963 per year, the average salary of a data engineer in London. This has also meant that the existing backend team can focus on developing the actual product, not worrying about the company’s data analytics. “From that standpoint, it’s been extremely lucrative,” says Max.

What’s more, Max explains that using Y42 has saved Titan Academy the equivalent of a month’s worth of full-time work, as they could avoid hiring someone just to focus on upgrading their data analytics to a more scalable setup, or on fixing bugs again, and again, and again.

When it comes to Titan Academy’s product, it is rather complex. For instance, a data logger needs to be installed in order to use it. However, thanks to Y42’s reporting, the team was able to spot an issue with this process, allowing them to double the conversion from customer signup to actual product usage.

There was another game-changer: finding out, for the first time ever, what time people from specific world regions play video games most, allowing Titan Academy to trigger email automation that the customers would receive while actually sitting in front of their PC or console.

The result? Titan Academy has tripled its email CTR to re-engage existing users. “The thing is, our product is very specific. If you’re not actually playing the game, our emails literally go down the drain. So sending emails at the right time is super, super crucial. And we only got to know this through Y42,” explains Max.

Using Y42 has also been a step in the right direction for their hiring processes, according to Max. “It makes hiring a lot easier because we make it clear that we actually have organized data, which for companies in our stage, isn’t that common,” he explains. “And potential new employees found that really exciting, especially on the marketing side.”

All in all, Titan Academy managed to find a reliable partner in its data analytics journey. As the company and its datasets grow, Y42 grows along with them. This reassuring scalability has allowed the team to understand their customers better and optimize their usage of the product, all while optimizing their internal marketing and tech efforts and seeing their revenue increase.

Despite needing a custom integration when they first started using Y42, as DynamoDB was not yet covered by the platform, Titan Academy’s trust in Y42’s proposition and scalability led them to be patient and see it through. Now, the results speak for themselves.