How the nu company removed data silos and achieved information transparency by centralizing their data with Y42. 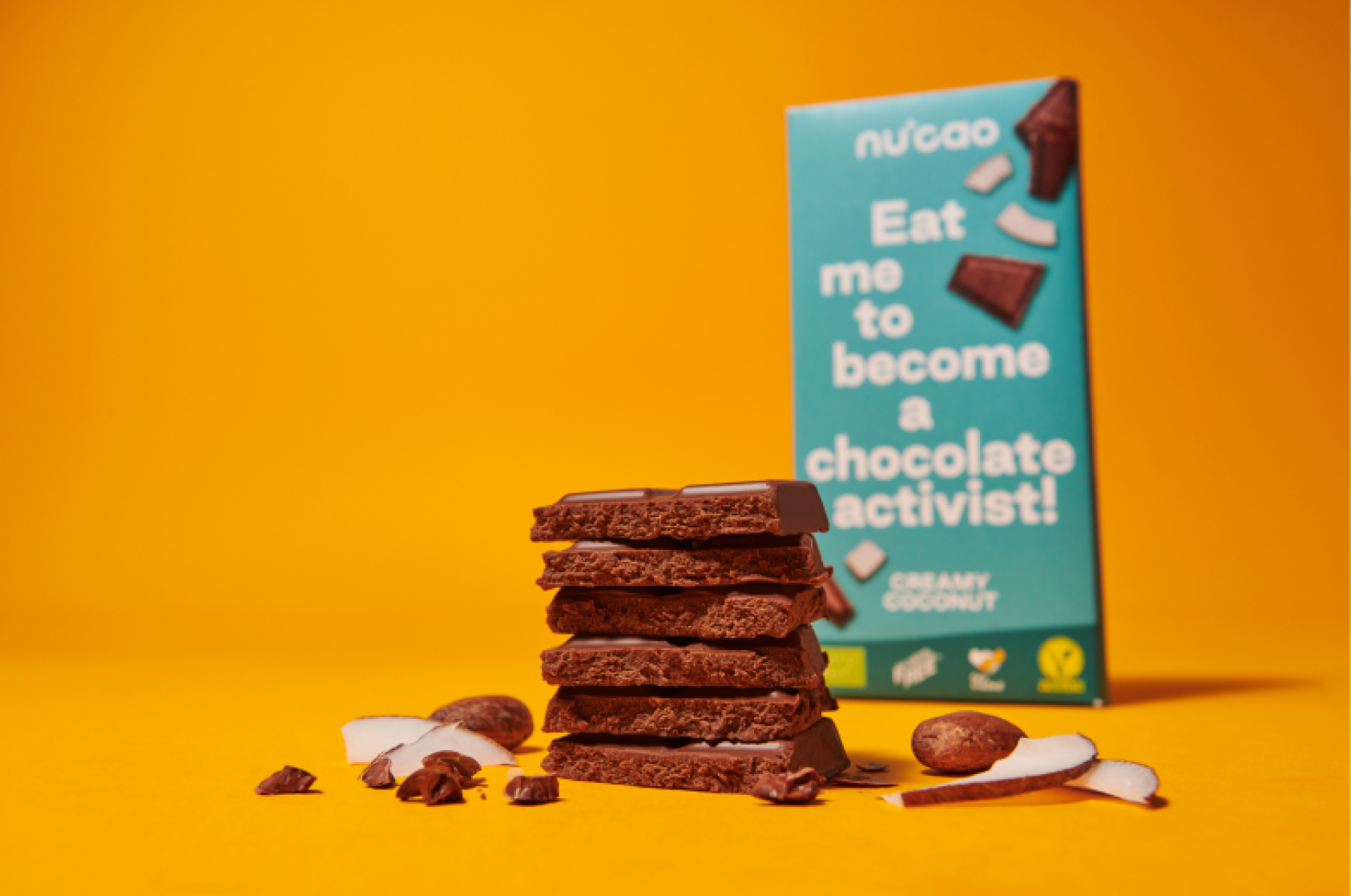 “Food for a nu world.” That’s the motto a successful Leipzig-based startup lives by. The nu company, founded in 2016 by three industrial engineers, produces organic, vegan, and plastic-free snacks in its effort to become a planet-friendly company.

Thanks to the exponential growth of their ecommerce business, data slowly became a hot topic for the organization. So naturally, finding more efficient and user-friendly ways to handle it was a constant discussion. But then Y42 came into the picture.

Despite still being at the start of their data journey, as the nu company’s Head of Finance & Analytics, Elisa Märkel, explains, they were already working with the ERP system, Xentral, before implementing a data platform. Their ERP system, however, didn’t provide them with the quality of dashboards they were looking for, nor with easy-to-use tables that gave a good overview of their company’s performance or product sales.

Besides, not everyone in the company was using the ERP system. Rather, they were tracking their own performance on platforms like WooCommerce, Shopify, or Salesforce. These information silos and the lack of a centralized place to understand the overall company performance was a pressing matter that needed to be addressed.

Building reports within the ERP system was also a pain for Elisa, as she had to request support from an agency to write special SQL statements to access the reports. “We were in desperate need of building revenue pipelines, but all of the necessary information was clustered in lots of small tables, so gathering this data was very difficult,” says Elisa.

This also resulted in a lack of historical data. The nu company had daily access to that same day’s revenue, but they couldn’t get a weekly or monthly overview. To top it off, the revenue shown was a summary of different currencies combined, so the data wasn’t even accurate. And if they wanted to access a historical overview of their best-selling product (for instance, which product sold best the day before), they would need to perform cumbersome SQL requests. “It was really, really painful,” explains Elisa.

As members of the Startups For Tomorrow community, the nu company keeps in close contact with other German startups. A lot of these startups happen to be Y42 customers, such as everdrop, erlich textil, and Junglück. Through this networking space and their constant discussions on the tools they use and how they optimize their processes, the nu company came across Y42.

But it was Oatsome, a loyal Y42 customer since July 2021, that eagerly referred the nu company to this data platform as soon as they heard about their information silos issues. Trusting their fellow startups’ experiences with Y42, the nu company also jumped on the bandwagon. “Now we’re the ones that refer Y42 to other people — it’s like a snowball effect,” says Elisa.

As soon as Elisa joined the nu company, her first project was to implement Y42 — all by herself. First, she went through an onboarding process offered by Y42’s Customer Success team. She compares her Y42 learning curve with riding a bike: “The first two models I built were a bit bumpy, just like when you start riding a bike, but after three weeks, I could just roll with it. It was super easy for me.”

Once she had gotten the hang of it, the first challenge to tackle with Y42 was getting the full picture of what happens to an order. After she had set up the extraction infrastructure and built the necessary models to structure the data (using more union and join nodes than she’d like to admit), Elisa achieved the impossible — a full overview of the nu company’s entire order lifecycle and the respective revenue generated.

Achieving this first milestone was a smooth process with Y42 as the platform is so intuitive, explains Elisa. Despite needing support from the Customer Success team every now and then to clarify doubts or explain new features, modeling the data remained a straightforward task for Elisa: “I’m more of a visual person and Y42 is just very easy to understand from the visual standpoint. So that makes the work quite intuitive for me.”

Another important task the nu company needed to carry out with Y42 was integrating the tool with Google Sheets, not only to import data but also to export it. “We have a lot of data being pushed into spreadsheets that show either highly aggregated numbers or just tables for the team to use further,” says Elisa. “But I must say, I absolutely love the Google Sheets automation!”

A further use case the nu company implemented from the start was a cohort reporting. This reporting was particularly significant for the nu company as they wanted to share it with their investors. This meant that they too could get a clear overview of the company’s development.

Once Y42 was up and running, the nu company’s team members quickly noticed changes in their daily workflows. Elisa managed, for the first time, to provide the sales team with accurate sales data reports.

Most recently, they have implemented stock overviews with “best before” dates so that the operations team can get a better understanding of the products they have available and by when they should be sold. “If the dashboard shows us products that are soon to expire, then we do a couple of sales so as not to waste them,” Elisa tells us.

The marketing team has also greatly benefited from new influencer marketing dashboards. Now they don’t have to manually track the revenue per influencer as they were previously doing, opening up Shopify and writing down all the influencer data in a spreadsheet.

Elisa also explains that when the Holiday or Easter seasons arrive, they now monitor seasonal product sales. Thanks to Y42, they can create daily dashboards to make sure that all products are sold by the end of the respective season. But the biggest change that Y42 brought in this case was to make this information accessible to everyone in the company. Before, it would have been isolated in the ERP system and only available to a few people.

Speaking of dashboards: “We now have dashboards up and running every day, showing the entire team the current and previous performance of the company,” says Elisa, which she considers to be one of the best improvements since implementing Y42. Now, people are heavily using dashboards. These are exported to Data Studio, since everyone in the company works with Google Suite. This export makes data consumption even more accessible to everyone. “We try to enable people with data, but already in a very digestible way,” says Elisa.

But the real game changer for Elisa is the fact that Y42 has allowed them to build and maintain an entire data infrastructure without having to hire data engineers:

"That’s what I like about Y42, not having to decide whether I need a data analyst or a data engineer. Usually, you would have needed an engineer first before you could hire the analyst. But now I can just jump straight into hiring an analyst and getting insights quickly because Y42 is basically my engineer."

Elisa Märkel
Head of Finance & Analytics at the nu company

All in all, the nu company attributes immense value to the changes Y42 has brought to their daily workflow and the greater understanding of overall company performance that the platform has enabled. The company finds itself in a growth phase at the moment, meaning they cannot clearly tell which specific improved KPIs are down to Y42 — but Elisa says it’s all about the little things. “Seeing how people love the dashboards we build for them, how transparent operations have become, and how actively team members are using their data — that’s what makes all the difference.”